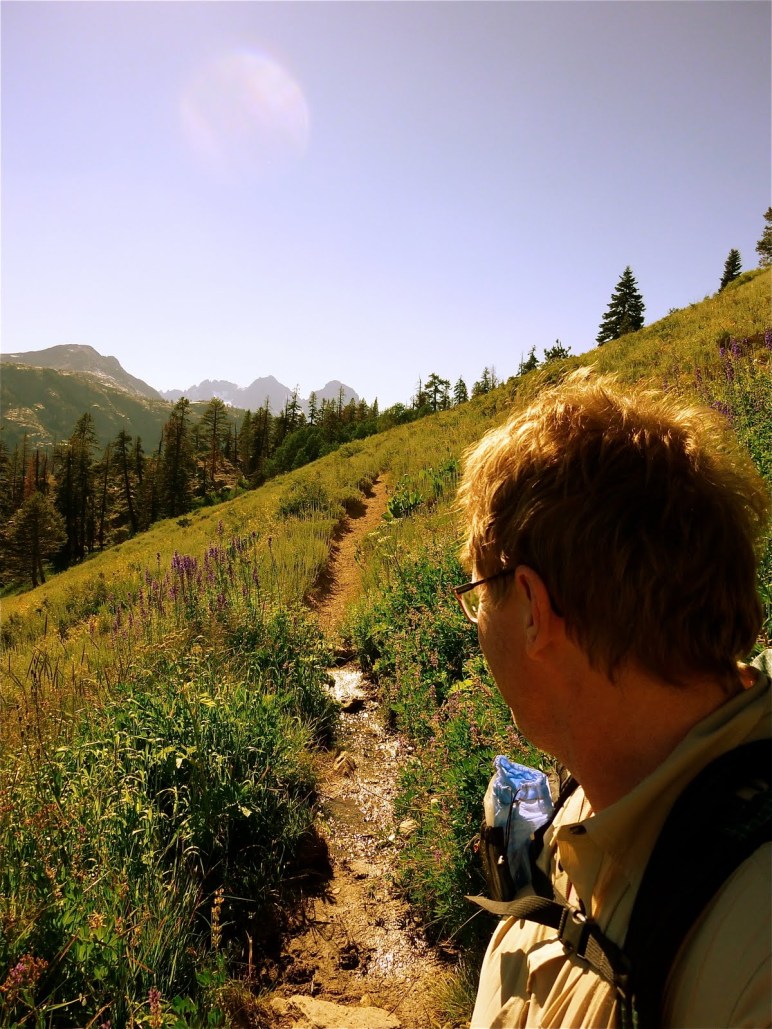 Meghan and I have just returned from Uke U-7, the super-fun annual festival by the Bend Ukulele Group (thanks, you guys–talk about a labor of love!). A dozen or more times each day at festivals we hear some variation of “I’m not good enough for a $3500 uke”.

“I’m not good enough” is a too-familiar feeling, but a few pivotal experiences gradually changed how I think about it, sinking in further over a period of many years.

Uke players may find it astonishing–I sure did–but around the campfires at bluegrass festivals one regularly sees instruments in the $6,000 to $20,000+ range, and I’ve played $200,000 mandolins on multiple occasions–that’s not a typo!

At one festival I was playing in a “band scramble”—an impromptu band given a couple hours to prepare songs for the main stage—when an acquaintance saw me practicing on my $1000 vintage Gibson and handed me his $7,000 Gilchrist (now $20,000+), saying I needed a “real bluegrass mandolin” for the stage.

I replied there was no way I’d risk it, but he looked me in the eye and said “it’s built to make music, not sit in the case–just go and play the heck out of it”. I did as ordered…and it was a wonder. A year or so later I did the previously unthinkable and ordered a Gilchrist (named Cecilia, after the opera singer Cecilia Bartoli—the first instrument I named).

One can hardly count the ways in which I wasn’t good enough for this mandolin, and why it was absurdly impractical. It cost more than my first new car. Chris Thile (of Nickel Creek, Punch Brothers, and collaborations with Yo-Yo Ma) played one, as did many other bluegrass and classical luminaries. Ridiculous. Unworthy!

But what a joy. I’ve treasured our time together, for almost twenty years experiencing delight each time I pluck so much as a single note. She has lifted my playing, and been both a catalyst and partner in many lovely experiences and relationships.

Cecilia has scratches, the finish is worn and rumpled, and repairs have been needed–like any long relationship. Long periods have passed when I didn’t play much. On several occasions I felt I should let her go to someone to someone who would play more (and better)–“worthiness” once again.

Thankfully a violin maker gave me a deeper perspective, reminding me that I’m only Cecilia’s first relationship–albeit the critical one that supported the luthier’s labors of creation–and that instrument relationships (like others) ebb and flow. He suggested that if there is still joy—however quiet, or perhaps even hidden at the moment—then it’s worth staying the course. She will inevitably pass on to others someday, but why abandon the seasons of a rich relationship before they run their course?

I’m still not remotely “good enough”, but I count Cecilia among the best decisions in my life.

(Full disclosure—many years later I got a 2nd different-but-equally-wonderful mandolin from Lynn Dudenbostel; think of it as needing both a high G and low G!)

I’m painfully aware this may sound like an elaborate sales pitch, but it’s as a player that I first experienced joy, inspiration, and even healing in connection with wonderful instruments, and it’s as a player as well as maker that I experience the wistful comments of festival goers. Maybe it’s a uke from Chuck Moore, Woodley White, Steve Grimes, Noa Bonk, or Jay Lichty (among others) that will speak to you instead of mine. That’s OK–find what is alluring to you and play the heck out of it.

Caveat: there are of course many situations in which expensive instruments make little sense. If you must leave your uke in a hot vehicle, get one that’s indestructible (carbon fiber/plywood/etc.). If ukes are a casual hobby that may shift next year to golf or quilting, then find something that plays decently and have fun. If you love your current uke, hurray!

But if there’s a longing that arises over and over…well…(climbing onto a soapbox far above my pay grade, and speaking not only of music but of the whole of our lives): it’s not about whether you are good enough–joy is a grace, not a paycheck. And it’s not about certainty–joy follows curious paths, and often appears impractical if not downright foolish beforehand. Sometimes it boils down to taking a chance on yourself (and others), trusting that taking a beckoning path will offer vastly more than wondering what might have been.

[I was having a seriously “I’m not good enough” day when I took the picture at the top of this posting, one hot afternoon in the Sierra Nevada mountains]